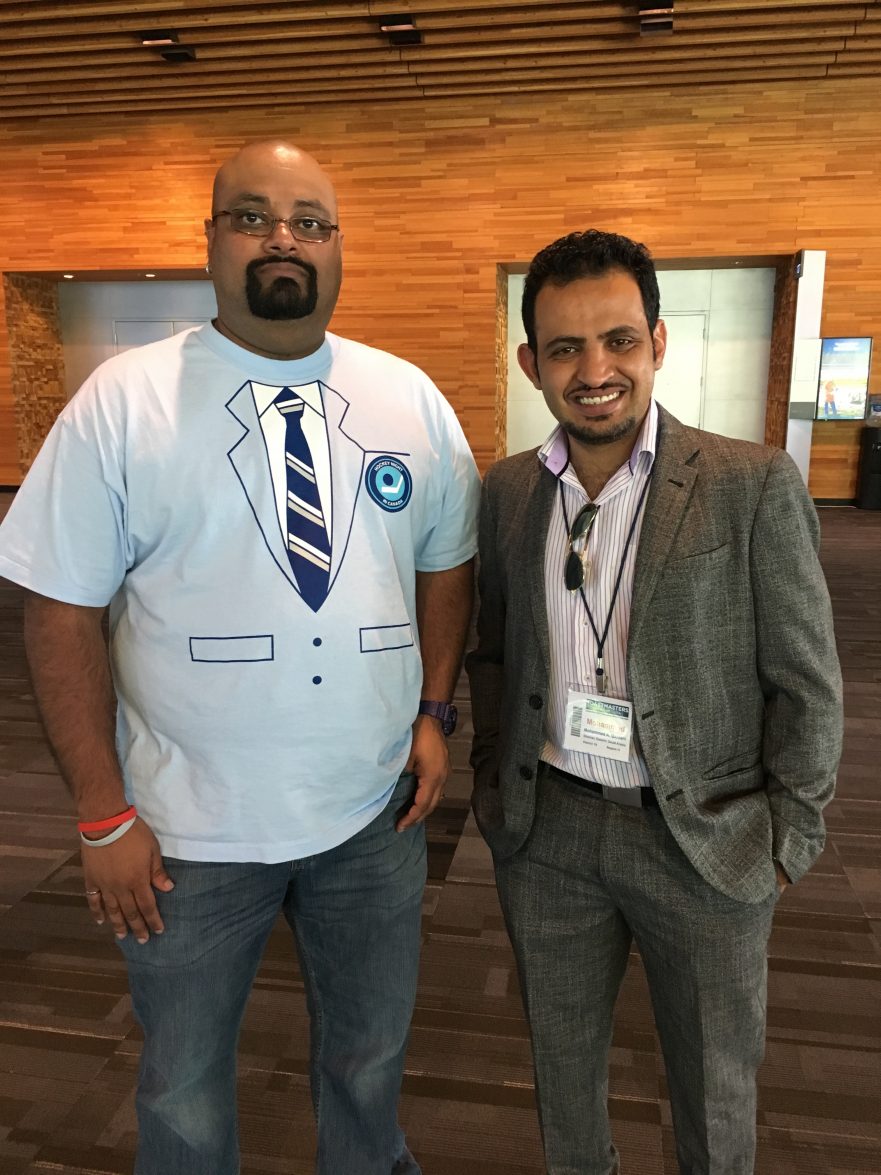 Today we continue our series “Best In The World”. In this series, I interview some of the best speakers in the world to see what they can teach us.

In this episode, I interview Mohammed Qahtanni. Mohammed became World Champion of Public Speaking when I was just starting my Toastmasters journey in 2015. He is often referenced as one of the most innovative openings to a World Championship that we have ever seen.

To reference something I spoke about in the interview, I met Mohammed the day after the 2017 World Championship in Vancouver.  I was walking around the convention centre, and he was talking to somebody.  As I passed them, he excused himself, stopped me and started telling me how much he appreciated my performance.  I still so new to this world that I thanked him, extended my hand, and said “I’m John.”  Then he revealed that I had been talking to a world champion all this time.

In the video below, you may hear a lot of background noise.  That is because I managed to talk to Mohammed when the 2019 top 3 were doing their photo ops.  Mohammed was very gracious in granting me a few minutes.