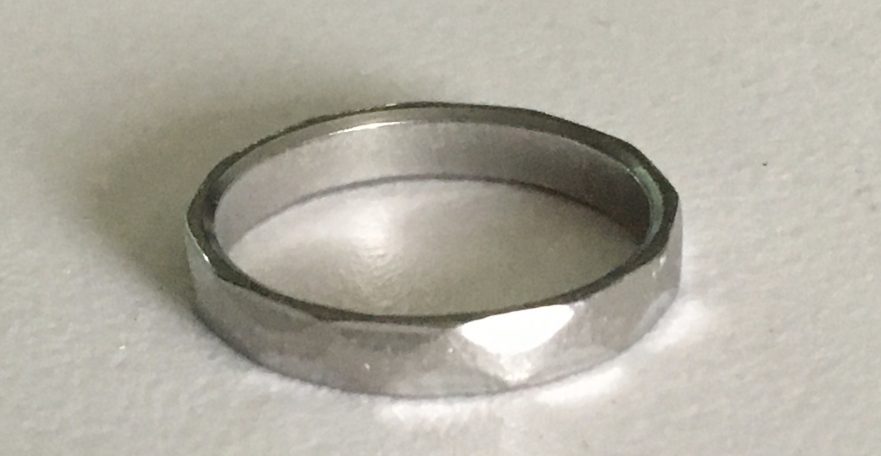 2022 marks an important centennial.  In 1922 Rudyard Kipling (he of The Jungle Book fame) was commissioned to create a ceremony for students graduating from engineering programs at Canadian universities to direct them “toward a consciousness of their profession and its social significance, and indicating to more experienced engineers their responsibilities in welcoming and supporting the newer engineers when they are ready to enter the profession.”The ceremony is officially called “The Ritual Of The Calling Of An Engineer”.  It is commonly called “The Iron Ring Ceremony”.  (The first iron ring ceremony was actually held in 1925, but I don’t want to wait 3 years to make this post.)

You can get more information at ironring.ca.  The iron ring (which today is made of stainless steel) is worn on the little finger of an engineer’s dominant hand.  It serves 2 purposes:

I received my iron ring from my friend, Curtis Behmann, 21 years ago this month(ish).  When you receive your ring during the ceremony, you recite an oath.  The oath is readily available via web search, but I would like to draw your attention to the line that is the engineering version of the Hippocratic Oath’s “Do no harm”:

“…I will not henceforward suffer (tolerate) or pass, or be privy to the passing of, Bad Workmanship or Faulty Material…“

I have sought to apply this line to all of my professional endeavours.

It is also the line that has caused me the most grief in my career.  I don’t just mean my engineering career either.

Even when I was arranging a funeral or authoring a document, I had some supervisors who seemed intent on replacing Kipling’s line with “Nobody is going to notice”.  I used to keep a framed version of the oath on my desk.  I would often start my day by reading the oath to remind be of my obligation while my computer started up.  However, I took the oath down when I realized that I was being called upon to contravene it regularly.

Now that I am self-employed, I am only beholden to my clients. Whether you hire me as a speaker or as a speaking coach, I can promise you this.  I will not suffer, pass or be privy to the passing of bad workmanship or faulty material.

Why?  Because I took an oath.